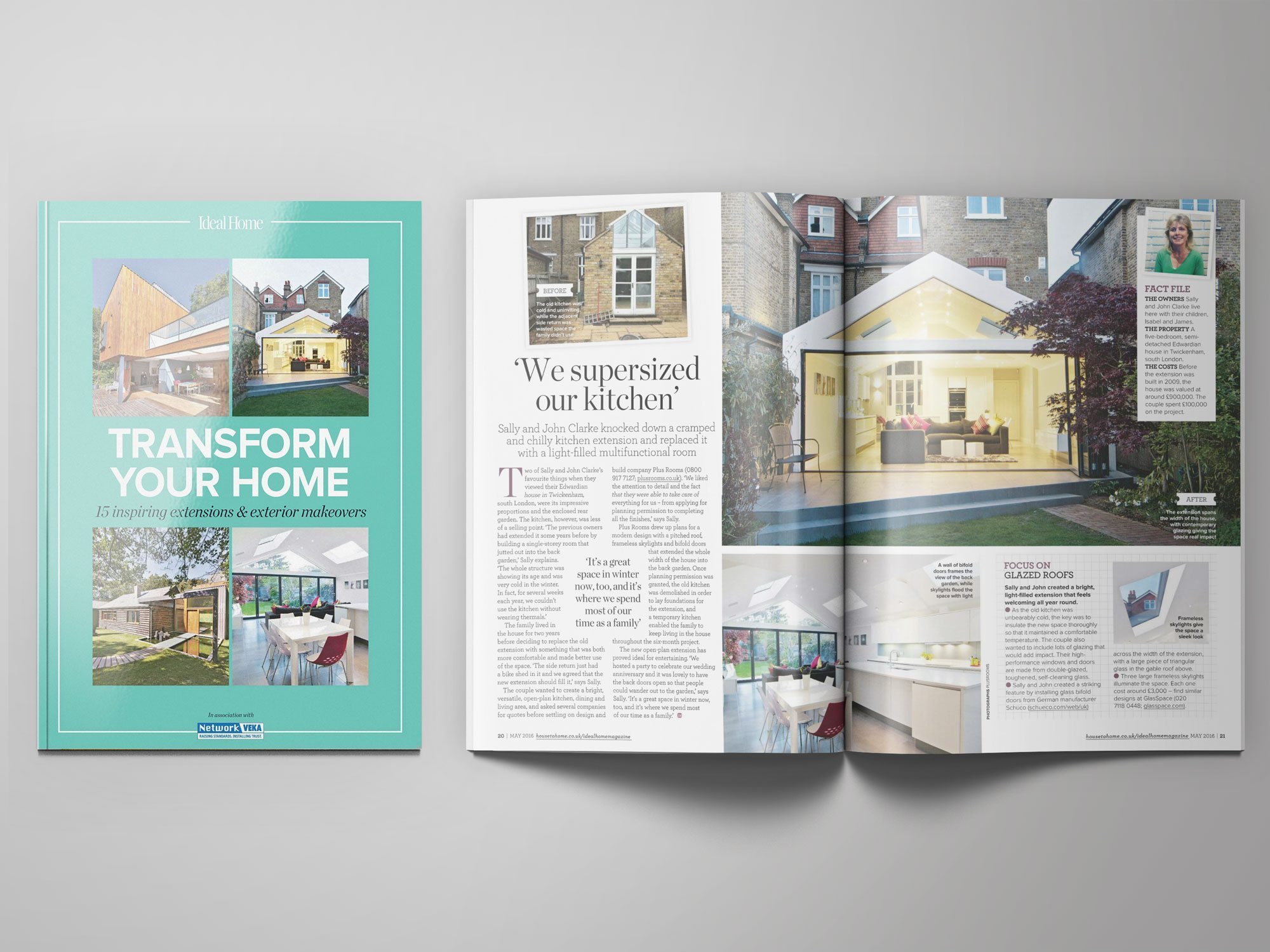 Sally and John Clarke knocked down a cramped and chilly kitchen extension and replaced it with a light filled multifunction room.

Two of Sally and John Clarke?s favourite things when they viewed their Edwardian house in Twickenham, south London, where its impressive proportions and the enclosed rear garden. The kitchen, however, was less of a selling point. ?The previous owners had extended it some years before by building a single-storey room that jutted out into the back garden.? Sally explains. ?The whole structure was showing its age and was very cold in the winter. In fact, for several weeks each year, we couldn?t use the kitchen without wearing thermals.?

The family lived in the house for two years before deciding to replace the old extension with something that was both more comfortable and made better use of the space. ?The side return just had a bike shed in stand we agreed that the new extension should fill it,? says Sally.

The couple wanted to create a bright, versatile, open-plan kitchen, dining and living area, and asked several companies for quotes before settling on design and build company Plus Rooms (0800 917 7127; plusrooms.com). ?We liked the attention to detail and the fact that they were able to take care of everything for us ? from applying for planning permission to completing all the finishes,? says Sally.

Plus Rooms drew up plans for a modern design with a pitched roof, frameless skylights and bifold doors that extended the whole width of the house onto the back garden. Once planning permission was granted, the old kitchen was demolished in order to lay foundations for the extension, and a temporary kitchen enabled the family to keep living in the house throughout the six month project.

The new open-plan extension has proved ideal for entertaining. ?We hosted a party to celebrate our wedding anniversary and it seas lovely to have the back doors open so that people could wander out to the garden.? says Sally. ?It?s a great space in winter now, too, and it?s where we spend most of our time as a family.?