WE TURNED OUR BUNGALOW INTO A FAMILY HOME

Jono and Maria Hey bough a two bedroom semi-detached bungalow in 2015 with the aim of increasing the living space to accommodate their young sons.  They create two new bedrooms and a bathroom on the first floor as well as adding a side extension.

“We’d been renting a flat in Twickenham but wanted to find an affordable family house with a garden’, says Jono.  “We saw a bungalow for sale in the next street.  All the rooms were on the ground floor, but it had a large loft and a wide plot with huge potential.

“We were looking for an all-in-one design and build service.  We chose to work with Plus Rooms”, explains Jono. “They built a large dormer and installed a staircase, which is illuminated by a window over the landing. Demolishing the garage and building a side extension gave us the open plan space we wanted.

A hip-to-gable loft conversion adds a storey, matching the next door neighbour’s property (before shot below)

“It was a huge project but it’s the home we wanted with a transformed rear garden.  It’s unrecognisable from the original bungalow and we now have all the space we need”.

Welcome to our home – Jono and Maria Hey live here with their two sons, Lewis, six, and Thomas, four.

The Property – A four-bedroom Fifties semi in Twickenham

“It’s ideal for a young family now.  Adding so much space and light has given this old house a new lease of life”. 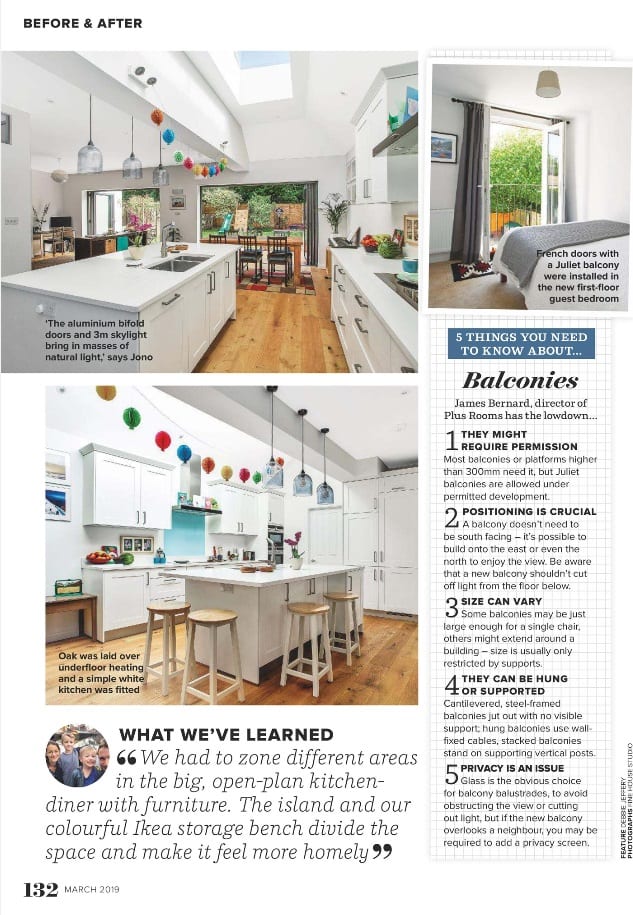