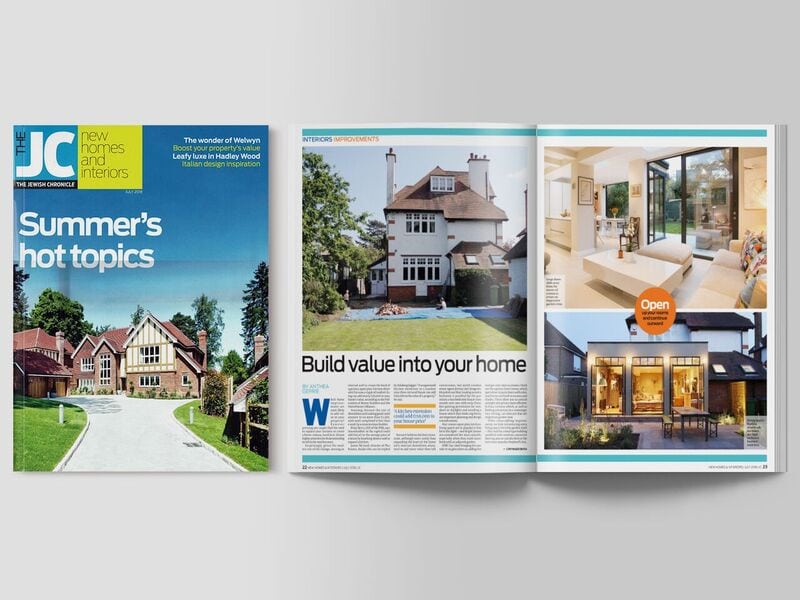 BUILD VALUE INTO YOUR HOME by Anthea Gerrie

A kitchen extension could add £150,000 to your house price

Which home improvements are most likely to add value to your property?  However pressing you might find the need to replace your curtains or create a home cinema, hard facts dictate higher priorities for those intending to sell in the next few years.  Surprisingly, given the modest cost of the change, moving an internal wall to create the kind of spacious open-plan kitchen-diner which is now a staple of modern living can add nearly £50,000 to your home’s value, according to the Federation of Master Builders and the HomeOwners Alliance.  Amazing, because the cost of  demolition and making good could amount to no more than £3,500, with work completed in less than a week by a conscientious builder.  Brian Berry, CEO of the FMB, says householders in the capital could add £48,417 to the average price of a house by knocking down a wall to expand a kitchen.

James Bernard, director of Plus Rooms, thinks this can be tripled by thinking bigger: “A wraparound kitchen extension in a London zone three terraced house can add £150,000 to the value of a property,” he says.  Bernard believes kitchen extensions, although more costly than expanding the heart of the home with internal demolition alone, tend to add more value than loft conversions, but north London estate agent Jeremy Leaf disagrees.  He points out that creating an extra bedroom is justified by the premium a four-bedroom house commands over one with only three.  But gaining permission for windows or skylights and avoiding a house which then looks top-heavy are important planning and design considerations.  One reason open-plan kitchenliving spaces are so popular is they let in the light — and bright homes are considered the most saleable, especially when they meld seamlessly with an adjacent garden.

HSBC has cited bringing the outside in via glass doors as adding five to 10 per cent value to a home. Check out the options from Centor, which specialises in patio doors with minimal frames and built-in screens and shades. These allow you to control sunlight and privacy more efficiently than curtains which, as well as looking extraneous in a contemporary setting, can obscure that allimportant garden view.  Other value-adding improvements include introducing extra living space intro the garden itself — this could be a shed-type building modified with windows, attractive flooring and an outside deck or the ever-more-popular shepherd’s hut.

These now come with plumbing and wiring options, to make selfcontained additional accommodation — but adding sleepover space could render you liable for additional council tax.  An outdoor living room — for which read a deck or arbour equipped with an al fresco sofa and chairs — is also a desirable feature.  You might even consider adding just the illusion of extra space, if you have a bedroom big enough to section off a tranche to create a walk-in wardrobe.  “Effective storage options like this can make a huge difference to the functionality of a home,” says Will Gough, commercial manager of Spaceslide, who says walk-in wardrobes or separate dressing rooms, carry a high perceived value. Even in bedrooms too small for this treatment, you could consider fitting out cupboards or building some shelves wherever possible, as two-thirds of those surveyed by Spaceslide said they would pay more for a house offering good storage solutions.  As well as creating usable space, not only in lofts but any other square footage over 6ft in height, Trevor Abrahmson, managing director of Glentree International, recommends replacing bathroom fixtures and kitchen units and appliances which are more than 15 years old.  “Improving the décor of a property has a great emotional effect on a prospective purchaser,” he says.  Finally, remember not all improvements involve building.  Reuben John at Fine & Country Finsbury Park says keeping the exterior of your home looking clean and welcoming is a key way to add value.  “Many exterior paint jobs can be done very reasonably — and a front and rear garden spruce-up can do wonders,” he says. “A little landscaping can go a long way when you’re trying to add value to your home.”

Enhancing the décor has a great emotional effect on a purchaser

This extension (exterior is shown below right) has a vaulted ceiling for extra height Below left: Staggered-wall extension melds with garden. Centre: Art Deco-style French doors create cosiness but give a clear view of scenery beyond. All projects by Plus Rooms.