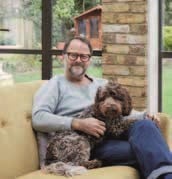 Off-street parking might not be the first thing that springs to mind as being ‘top of the list’ must haves when searching for a new home, but for Mark and Christine it was a key requirement. ‘Our previous home was a terraced property where we’d lived for 18 years, and we were fed up with having to drive around to find somewhere to park the car,’ explains Mark. ‘This house has a driveway as well as a large rear garden, so it ticked off several things on our wishlist.’

Although the exterior offered lots of positives, the interior of the house was in need of extensive work. ‘The small kitchen hadn’t been touched for years,’ says Mark.
‘There was lino on the floor, old-fashioned wooden cupboards and an ancient floor-mounted boiler. We decided to extend to the rear of the house to create a bright, open-plan room where we could cook, eat and entertain.’
Mark and his wife Christine interviewed a number of building companies, but chose to work with Plus Rooms, who had extended their previous home. The company offers a complete service, from drawing and submitting the designs for planning permission, to groundworks, construction and final decoration. ‘We liked the idea of
a one-stop shop, rather than employing several different companies,’ says Christine.

The couple worked with Plus Rooms to devise a scheme that would include removing the old boiler and chimney breast, installing underfloor heating and extending to the rear. Planning approval was granted relatively quickly, and the builders created a temporary kitchen
so Mark and Christine could live in the house during the 12-week project. Concrete strip foundations were then excavated, which needed to be one metre deeper than initially planned, as dictated by the building control officer. This cost ate into the couple’s contingency funds, and required an additional week of work.

The new brick and block walls of the extension have been painted white externally to match those of the main house. Three rooflights drop natural light into the space from above, and the powder-coated aluminium doors, finished in a distinctive dark bronze colour, open onto a new terrace. ‘I love Crittall-style metal doors, and convinced Mark that including them would make more of a statement than standard bi-folds,’ says Christine.
As the co-owner of a chain of Italian restaurants, Mark had firm ideas about what to include in the new space, so the couple met with kitchen company Roundhouse Design early on in the project to plan the key fixtures and fittings. ‘I wanted a built-in music system, an instant boiling water tap and a pull-out spray tap because they are so useful and make cleaning the sink very easy,’ says Mark. Opting for a combination of white, blue/black and bronze for the units complements the colour of the statement exterior doors, while an antique mirror used as a splashback below a long bronze cupboard provides a glamorous finishing touch. ‘For easy access, the whole length of the cupboard door lifts and folds as one piece,’ says Christine. ‘The mirror also reflects the glass doors, giving a view outside into the garden.’

Storage in the new kitchen is in plentiful supply, with larder units either side of the fridge-freezer housing a wine cabinet, glasses and a breakfast area complete with toaster, microwave and coffee maker. The central island unit contains storage drawers, the hob and a wine fridge, while the extractor inset into a ceiling plinth can be illuminated for an eye-catching feature. Unusual timber-effect Italian ceramic tiles were laid over the underfloor heating for a practical floor finish. ‘The floor is amazing and cleverly detailed to look like authentic wood,’ says Mark. 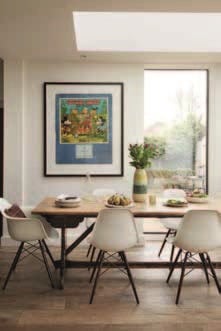 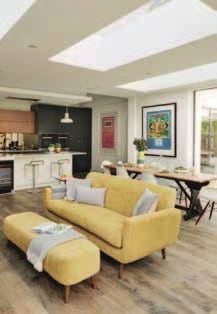 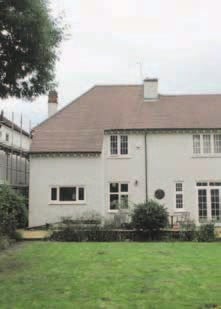 With the space finished, the couple now have a kitchen-diner to be proud of. ‘We tend to spend most of our time in here because it’s so light and sociable,’ says Christine. ‘Our extension isn’t really that big, but it’s made an enormous difference to our home and our lives.’