Various textures and surfaces bring a surprising warmth to the much increased ground floor rear space; whilst continuous flooring from inside to out makes it appear the kitchen simply extends into the garden. 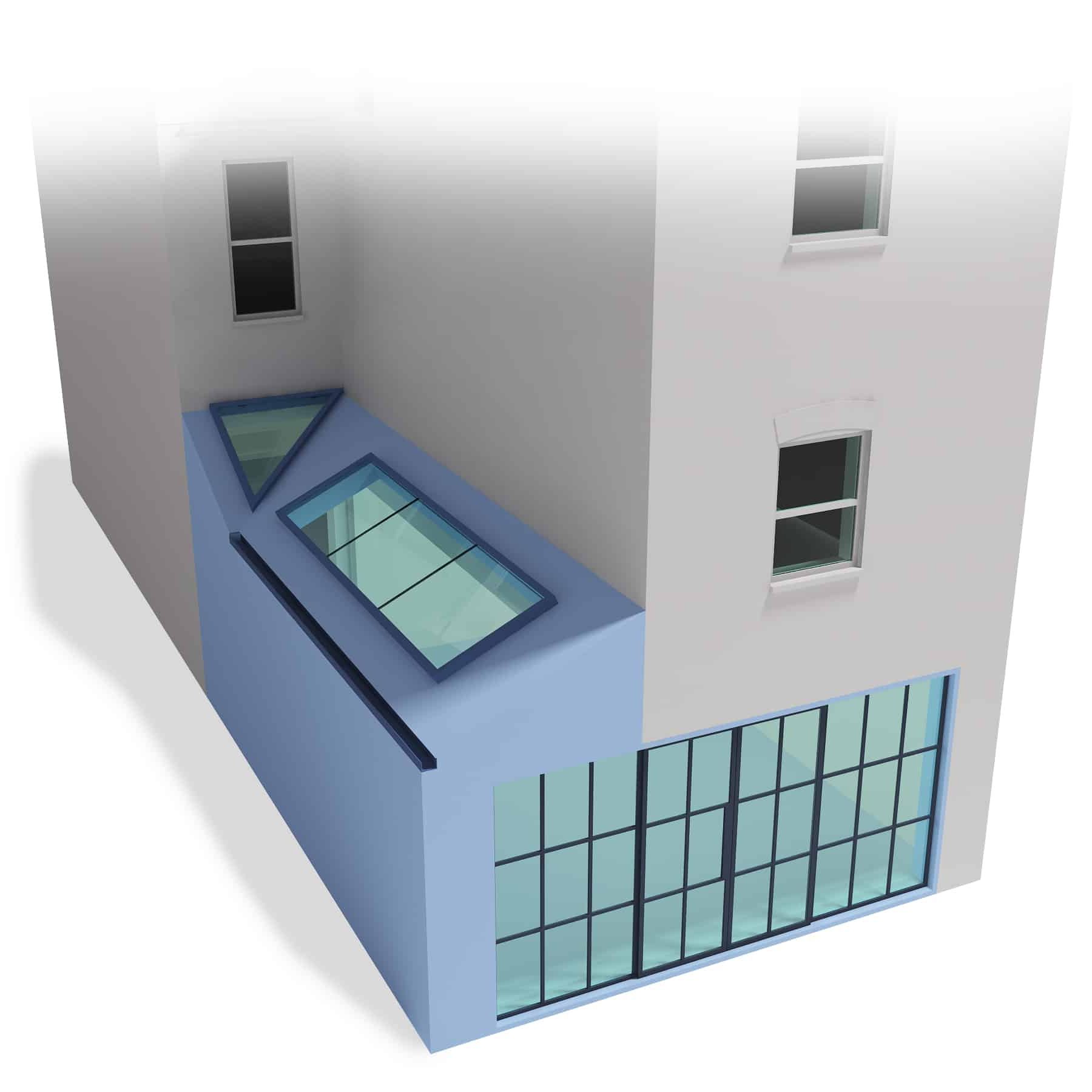 They got all the key things right

I just had Plus Rooms do a side extension for us. Were there thing they could have done better A couple. But would I recommend them? Absolutely. They got all the key things right: They took care of …More

I just had Plus Rooms do a side extension for us. Were there thing they could have done better A couple. But would I recommend them? Absolutely. They got all the key things right: They took care of all the planning approvals and surveys. There were some nuances in negotiating our party wall agreement with our neighbours, and I would have been lost without Plus Rooms to guide us through. The build itself went smoothly. The build team started on time, worked continuously (no downing tools to run off to do other projects) and finished on time (when does that ever happen?). It's not a concierge service so I would recommend that you still have regular chats with the builder yourself. There are always little things specific to your house, and you should stay in the loop. To me, the Plus Rooms project manager is there to make sure the build is being completed on time and to a high quality. Also, this isn't a City law firm; don't expect an email to be answered right away. But they always did give me the answers I needed. There were no hidden costs and no attempts to upsell me. I ended up paying more to go deeper with the foundation, but that was required by the survey and the cost was set out in the schedule to the contract so there was no haggling over the actual cost. I also chose to have a new concrete floor which cost a few thousand, but that was my proactive choice and, again, the costs were predetermined. The finishing team was particularly good about not charging me for extras, when I am sure others would have done so. As some reviewers have mentioned, the finishing process was more stressful though it probably always is. It dragged on in my case, but in the end, it got done to a high quality. If you wanted to do something super bespoke that required a top architect, I don't know if they would be the right outfit (irrelevant in my case since we wanted a high quality but straightforward project, so you should ask them if they do more architecturally bespoke projects). When I hear of the experiences that others have had with their builders (jobs started, then stopped; arguments over cost; being pig in the middle between two sets of tradesmen who blame each other for something gone wrong), then I am very glad I chose Plus Rooms. The tradesmen were all high quality individuals and very keen to stay in Plus Rooms' good books so they were generally very responsive. The company is genuinely professional. Less

This website uses cookies to improve your experience while you navigate through the website. Out of these cookies, the cookies that are categorized as necessary are stored on your browser as they are essential for the working of basic functionalities of the website. We also use third-party cookies that help us analyze and understand how you use this website. These cookies will be stored in your browser only with your consent. You also have the option to opt-out of these cookies. But opting out of some of these cookies may have an effect on your browsing experience.
Necessary Always Enabled
Necessary cookies are absolutely essential for the website to function properly. This category only includes cookies that ensures basic functionalities and security features of the website. These cookies do not store any personal information.
Non-necessary
Any cookies that may not be particularly necessary for the website to function and is used specifically to collect user personal data via analytics, ads, other embedded contents are termed as non-necessary cookies. It is mandatory to procure user consent prior to running these cookies on your website.
SAVE & ACCEPT